Day 4: Goodbye and see you in… 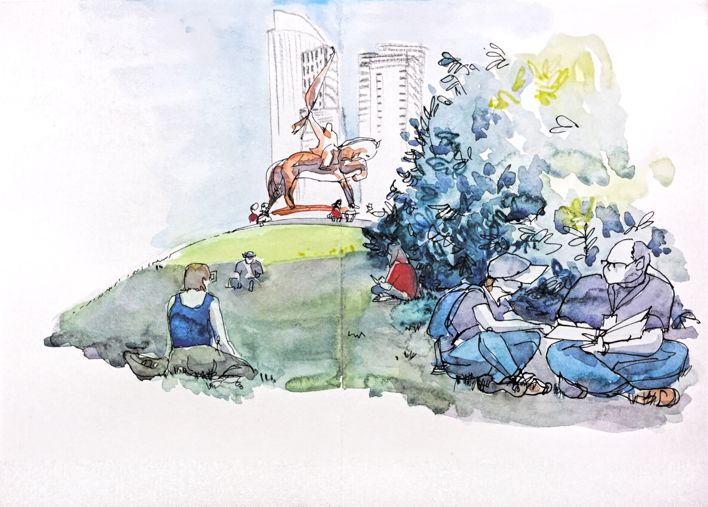 The last day of the symposium came all too early. For me it started with a visit to the workshop of one of my favorite sketchers, Veronica Lawlor. Ever so slightly star struck, I managed to make a few thumbnails like she asked the other participants to do in preparation for their final sketch. 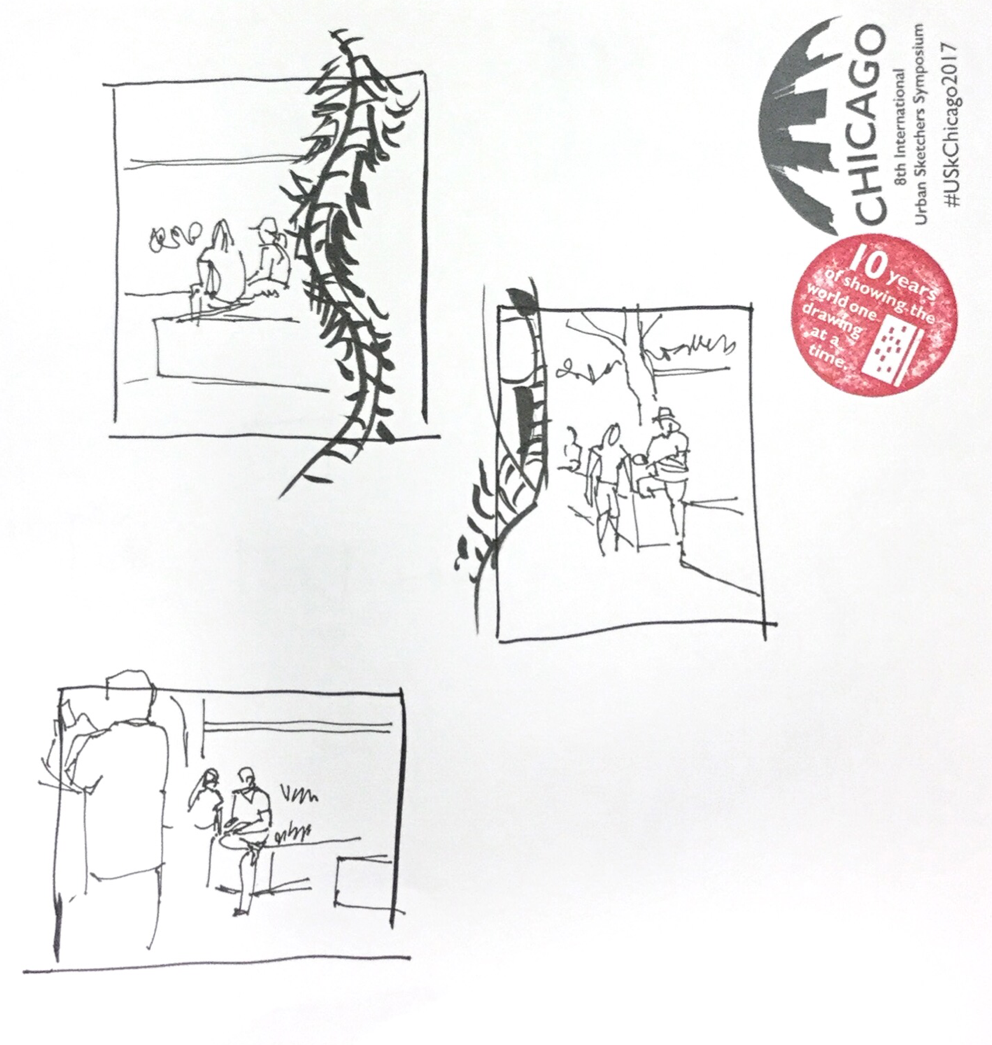 Veronica very patiently attended to each participant, giving advice and tips to improve their sketch. 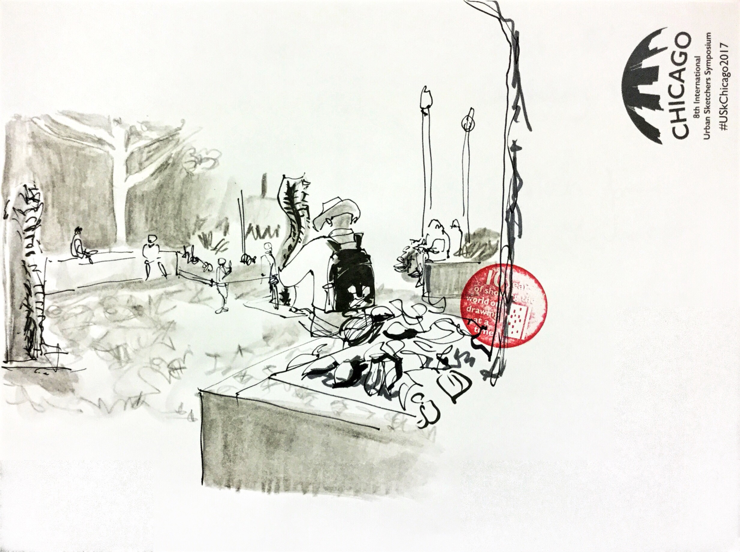 Next I headed to Swasky’s workshop, called ‘Bending the space’. The idea was to show more than one point of view in the same sketch using an imaginary hinge as a reference point. I failed miserably at the exercise, but had fun trying it out and getting some insight on how Swasky makes his amazing and crazy sketches. 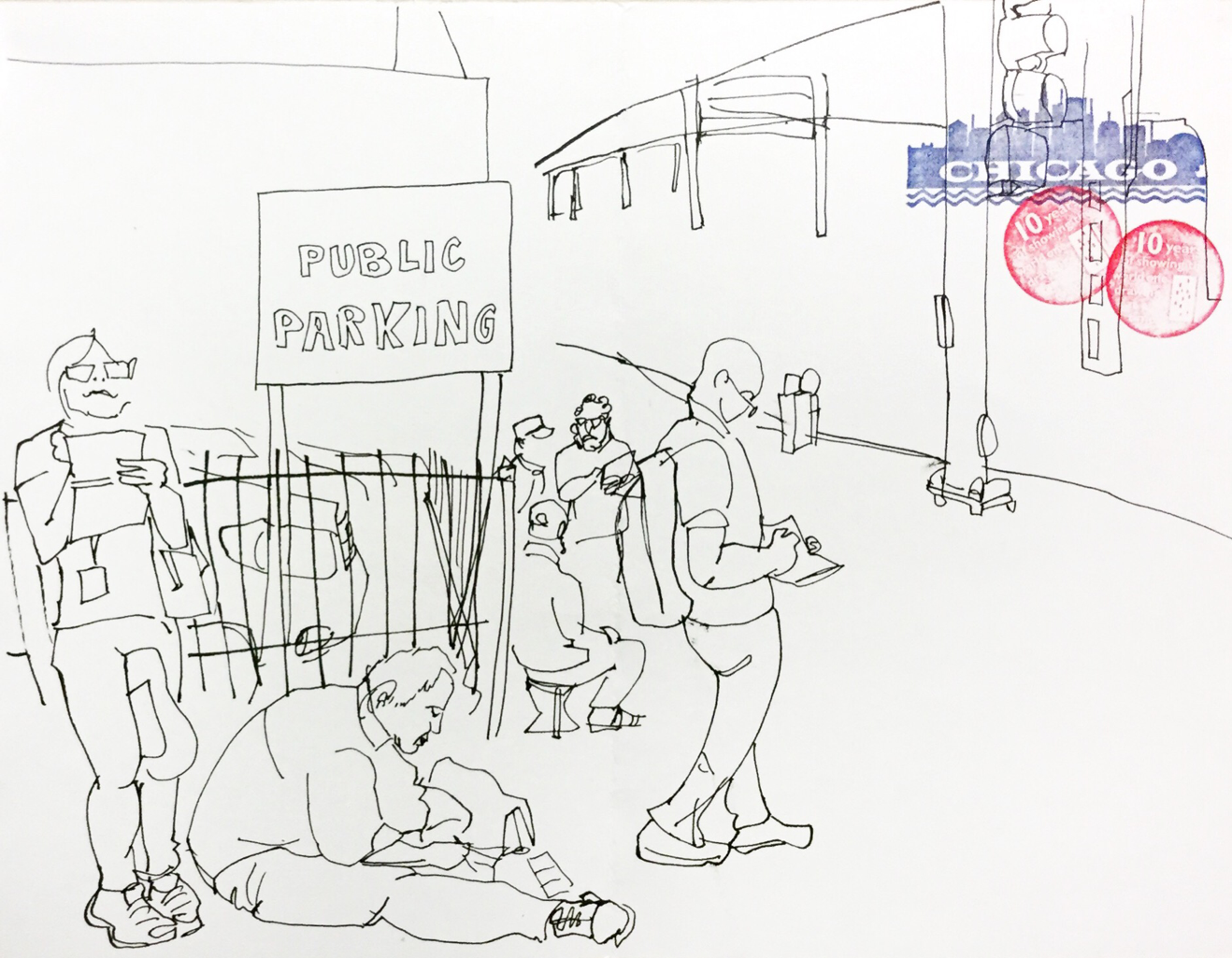 In the afternoon, hundreds of sketchers headed to Grant park for the final sketchcrawl. It was fun to see people sharing their sketches and impressions of the workshops they attended (see sketch above). The hill gradually filled with people who all seemed happy to be there.

This is where I found out Rob Sketcherman’s secret to his amazing sketches. Is it his tablet? Is it a magic stylus? Nope, it’s in his incredible seat. Rob is a man who comes well prepared with a very comfortable chair, or better said a chopper without wheels. No wonder he makes amazing sketches! 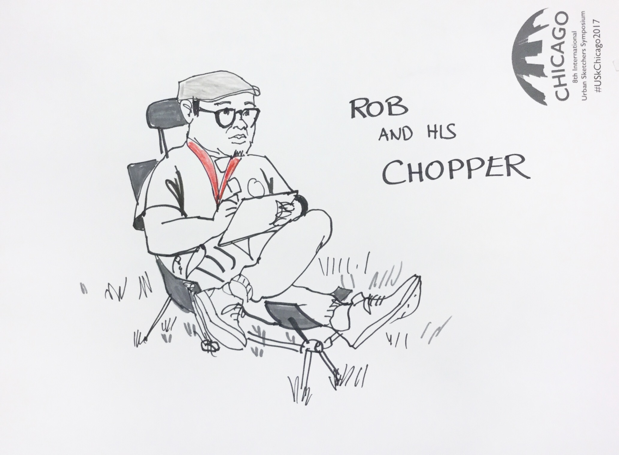 Time for the final group picture by the statue of General Logan. It must have looked like an invasion from his point of view. There was even a drone to take the whole group in. Cheers all around for the family picture and then back to the Hub. 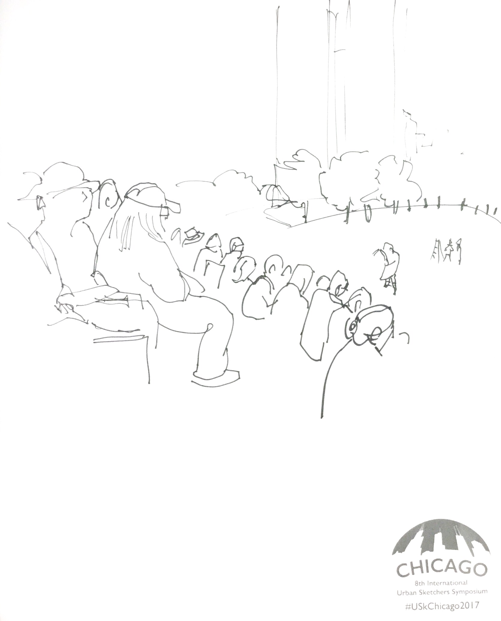 The local team had prepared a beautiful closing ceremony with lots of delicious food and very sketchable musicians. 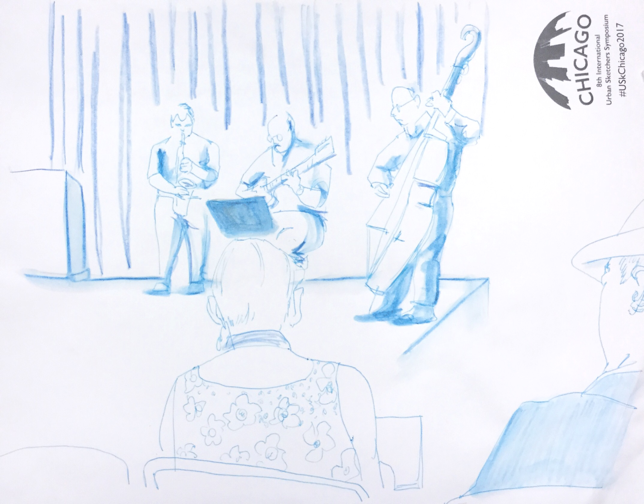 In the meantime, the silent auction was taking place. People kept walking in circles around the table, looking at the art work on offer and bidding. Some people guarded their bids like vultures, which seemed like the only way to ensure they would win. 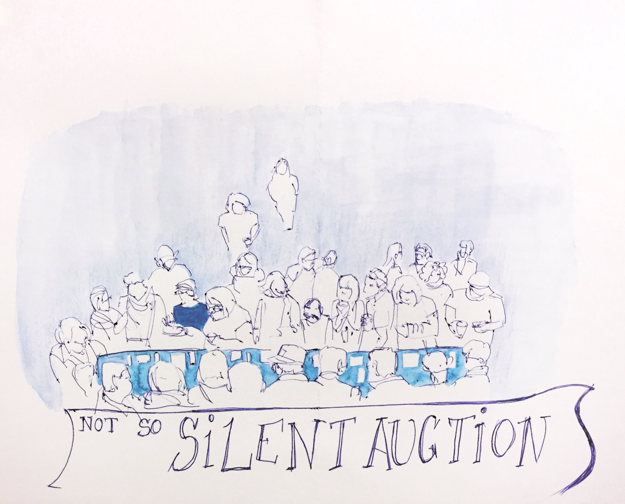 After an excruciatingly long suspense, the location for next year’s symposium was finally announced: it will be back to Portugal in the beautiful city of Porto! Joyful cries were heard all around as the Portuguese sketchers rejoiced. Their celebrations continued at the 2Twenty2 bar around the corner where we played Jenga and sketched, of course!

Live music was playing and we stayed almost until the bar closed. After all, there was much to be happy about: another successful symposium, hanging out with old and new friends and the knowledge that we would see each other next year. 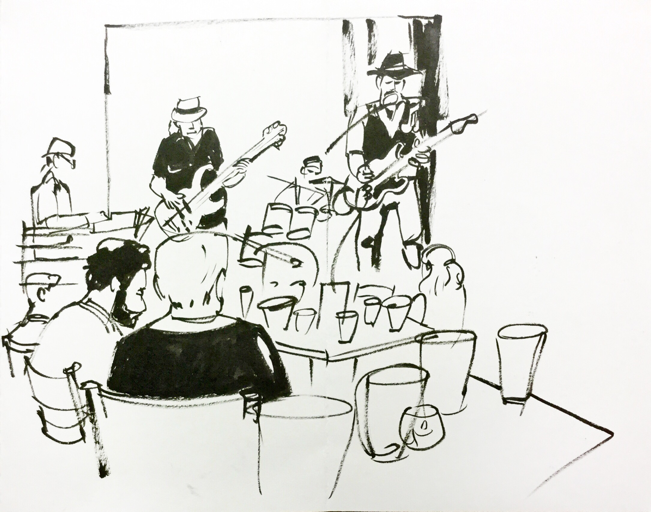 As for me, I leave you with one last pair of feet, you can guess whose (hint: read the post again). 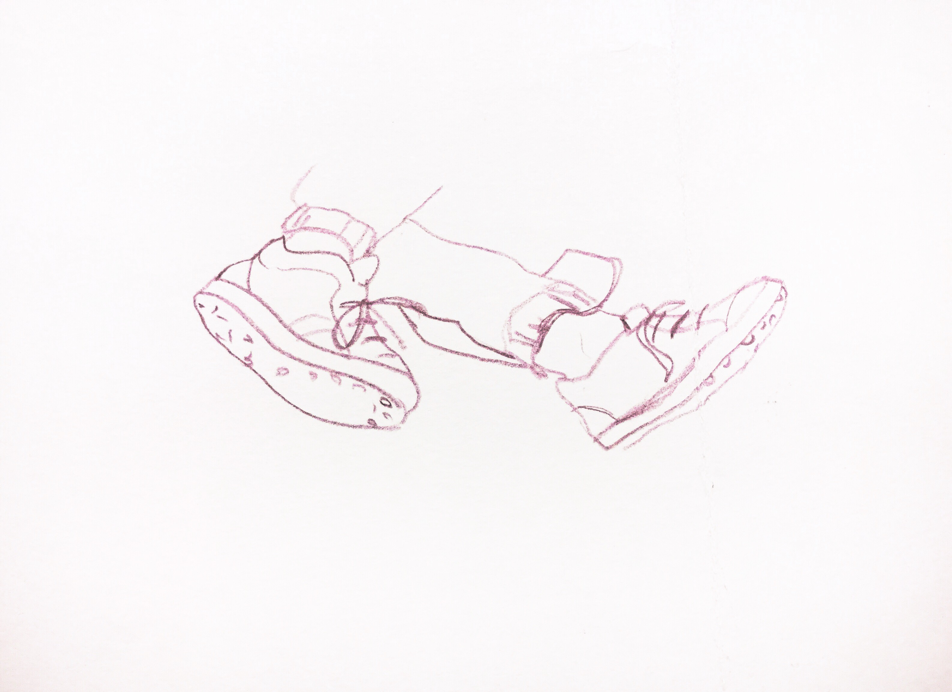 Working as a correspondent has been a wonderful experience. I would like to thank all the organizers and the local volunteers for making my job more pleasant, and my fellow correspondents, Wes Douglas, Vincent Desplanche and Pedro Cabral, for their good humour and amazing coverage.

As for next year’s correspondents, I leave you with one piece of advice passed on to me from Kumi Matsukawa: Enjoy your stress!