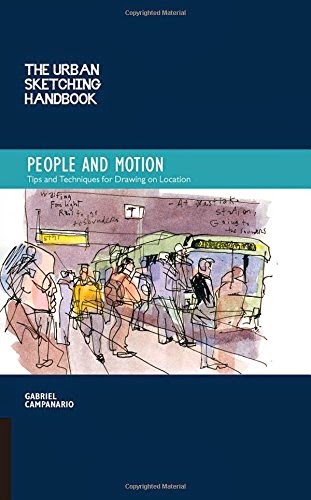 The second book in Gabi Campanario’s Urban Sketching Handbook series has recently been released on Amazon.com: People and Motion: Tips and Techniques for Drawing on Location (Quarry Books). Identical in format to the first in this series, Architecture and Cityscapes, the latest book is a succinct, compact volume that focuses this time on people in the urban landscape — how to capture their poses and moves accurately and expressively. It’s jam-packed with practical information and inspiring examples for both the beginner and the more seasoned urban sketcher.

Although we could study and practice drawing the human form by attending traditional life-drawing sessions, Gabi sees sketching people in their natural settings as having the additional benefit of teaching us about our community. “People are the life of a city. To draw them is to get to know the place,” he says. While acknowledging that drawing people can be challenging and frustrating, Gabi emphasizes the fun in sketching people around us and encourages interacting with subjects. “Learn their first and last names,” he suggests. “Ask the market vendor where his fruit comes from. Or compliment — and tip — the busker for the song he played while you drew him.” Including people in sketches “can introduce you to some very interesting folks with great stories about themselves.”

The meat of the book examines six keys as they relate to drawing people: proportion, contour, gesture, expression, context, and likeness. While including tips such as classic studio drawing lessons (an adult’s total height is about seven-and-a-half to eight times the head height), Gabi stresses ideas that can be practiced in the real world, such as while using public transportation or in a cafe.

Most interesting and useful to me was the section on capturing gesture. As I’ve seen week after week in the Seattle Sketcher’s column, Gabi is a master of this principle. How does he manage to “freeze the moment” in an often rapidly moving scene and put it on paper? “I like to take as much time as I can just watching until I can spot the move that I want to capture,” Gabi says. Showing an example of basketball players, he explains, “I watched several free throws at my son’s basketball game until I ‘saw’ the pose I wanted to sketch.” 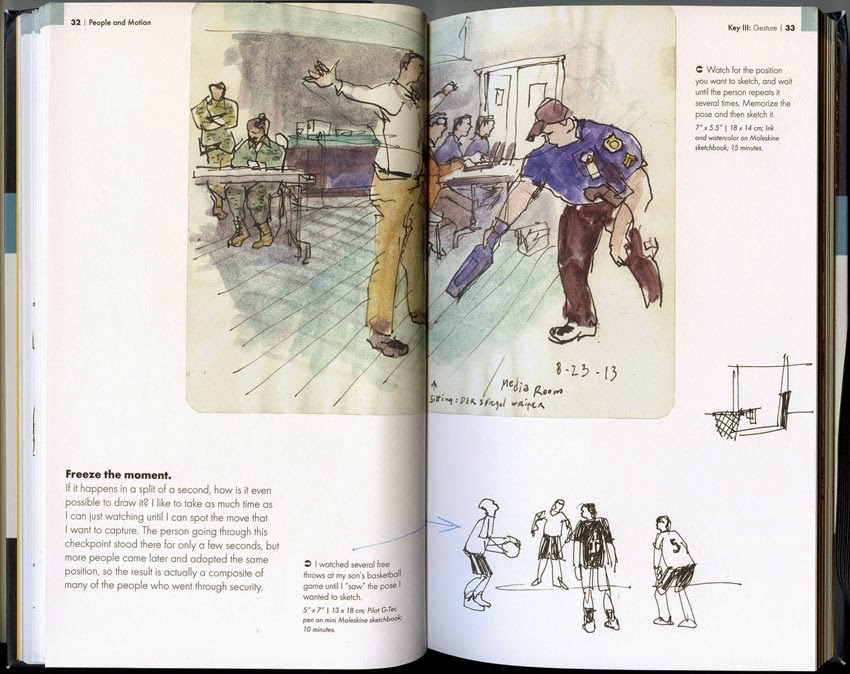 Another useful section is about capturing body and facial expression to indicate a subject’s emotions. “Internalizing the emotions of your subjects will make your sketches of people livelier and full of expression. Is the person you’re drawing alert, relaxed, cheerful, or concentrating?”

Context, another of the book’s keys, is an important element of urban sketching. Three years ago when I first began taking my sketchbook out with me, I used to sketch a lot of people’s faces while riding the bus or in a coffee shop. Although I remembered exactly where I’d been when I made those sketches, the sketches themselves didn’t show any information about that. Where was this floating head sketched? It took me quite a while to understand that if I included a little of the context, the picture would tell more of a story. I could have figured this out much more quickly had I read Gabi’s succinct instruction:

“A hint of the environment is enough to turn an isolated portrait into a true scene that captures a moment of time. Even if you are focusing on the subway commuter sitting across from you or the musician playing on the street, adding elements such as windows, the city skyline, or a lamp post will make the sketch more complete.” 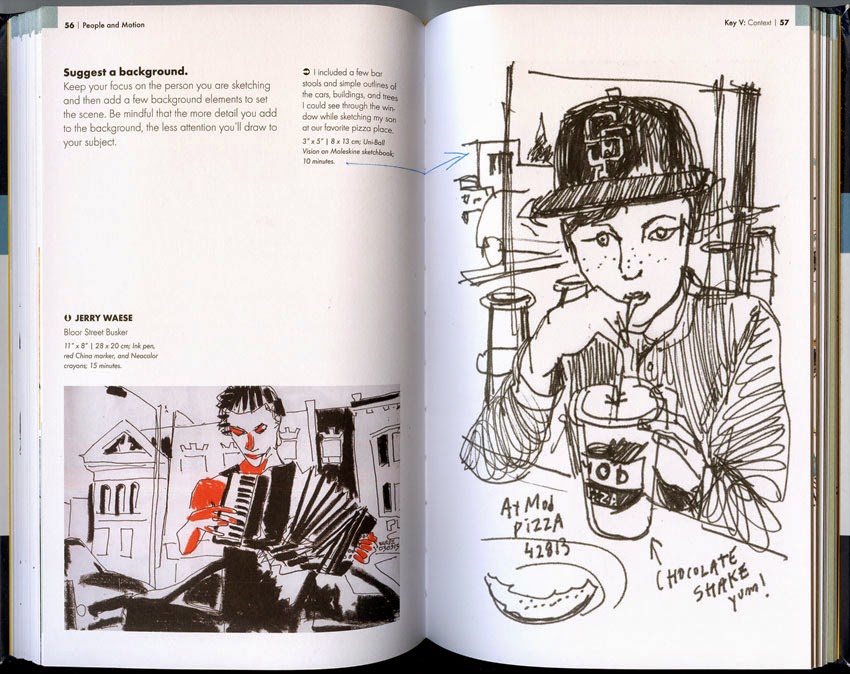 The final section of the book is a gallery of sketches by artists in the worldwide urban sketching community, including many of my favorites. An illuminating aspect of all the sketches featured in the book (as well as in the series’ first book) is that the artists have included the approximate length of time they took to make each sketch. Although I am a relatively fast sketcher myself, I am amazed and inspired by how much story can be told in a mere 10- or 20-minute sketch. If you have an hour or two to spare, it’s wonderful to be able to use that time to flesh out an entire urban scene. But what if you have only the length of a coffee break? You can still tell a story with a sketch – one that only you can tell. That’s what urban sketching is all about. 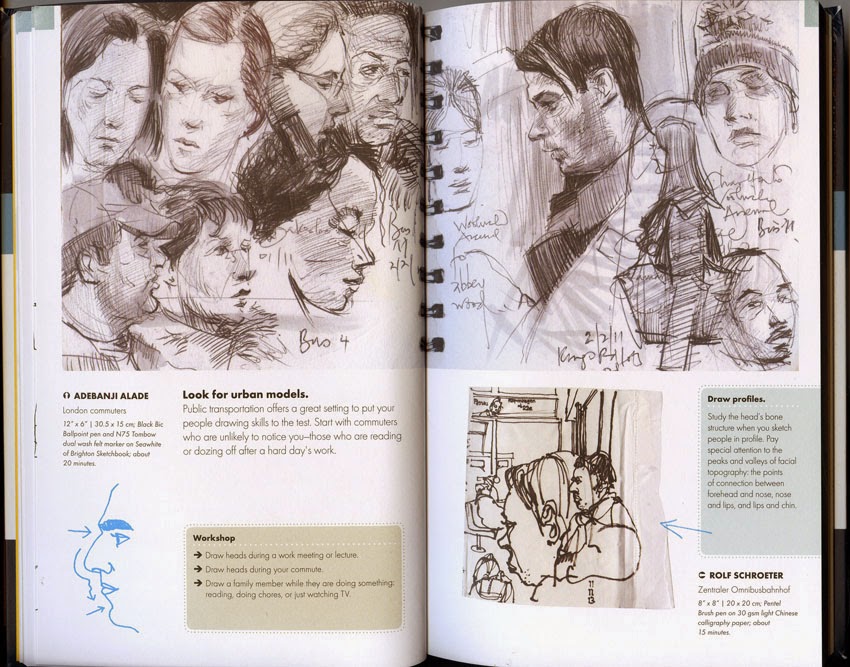 (Gabriel Campanario is the founder of Urban Sketchers. This review is also published on Amazon.com and on Tina’s blog Fueled by Clouds and Coffee.)

Opinions expressed by our correspondents and guest contributors don’t necessarily represent an official view of UrbanSketchers.org.