The Beauty of Alexandria, Threatened by Development

By Sylvie Bargain in Alexandria, Egypt

I would like to tell you about a project that went well above the ordinary.

On occasion I’ve met sketchers who have lost a little of their motivation to draw. They’ve asked themselves the question, “What’s it all for?” and have wondered if their sketchbooks truly reflect the country, the people and the personal encounters after a trip abroad. So when I met a group of people doing just that, I was very excited.

For a number of months, I had been in contact with Mohamed Gohar, the force behind “Description of Alexandria” .You can find out more on his blog. I decided to join them, in spite of the current less-than-ideal circumstances, and travelled to Alexandria on my own, where I met up with the group. I wasn’t disappointed, and my time there was rich in meetings and in friendship: the drawing was a starting-point, to be sure, but it led to genuine friendships with certain members of the group.

Mohamed’s project is ambitious, with many books in the pipeline, and the aim of it is as follows: “To document the vestiges of the cosmopolitan town through drawing and describing the urban and architectural elements with the aim of educating the public as to the rapid and unplanned development of Alexandria, in particular by profit-hungry developers, whose actions will change the face of Alexandria forever.”

This is a city of silent contrasts: modern streets are juxtaposed with areas that make you wonder if an earthquake or war have just taken place. Back home in the calm of Cahors, I missed the incessant honking of cars, but above all I missed the laughter of my new friends.

So here are some of my sketches from Alexandria. They will be on display at the Rendezvous of Travel Sketchbooks at Clermont-Ferrand, for those whom I will have the pleasure of meeting.

Venetian buildings on the coast road 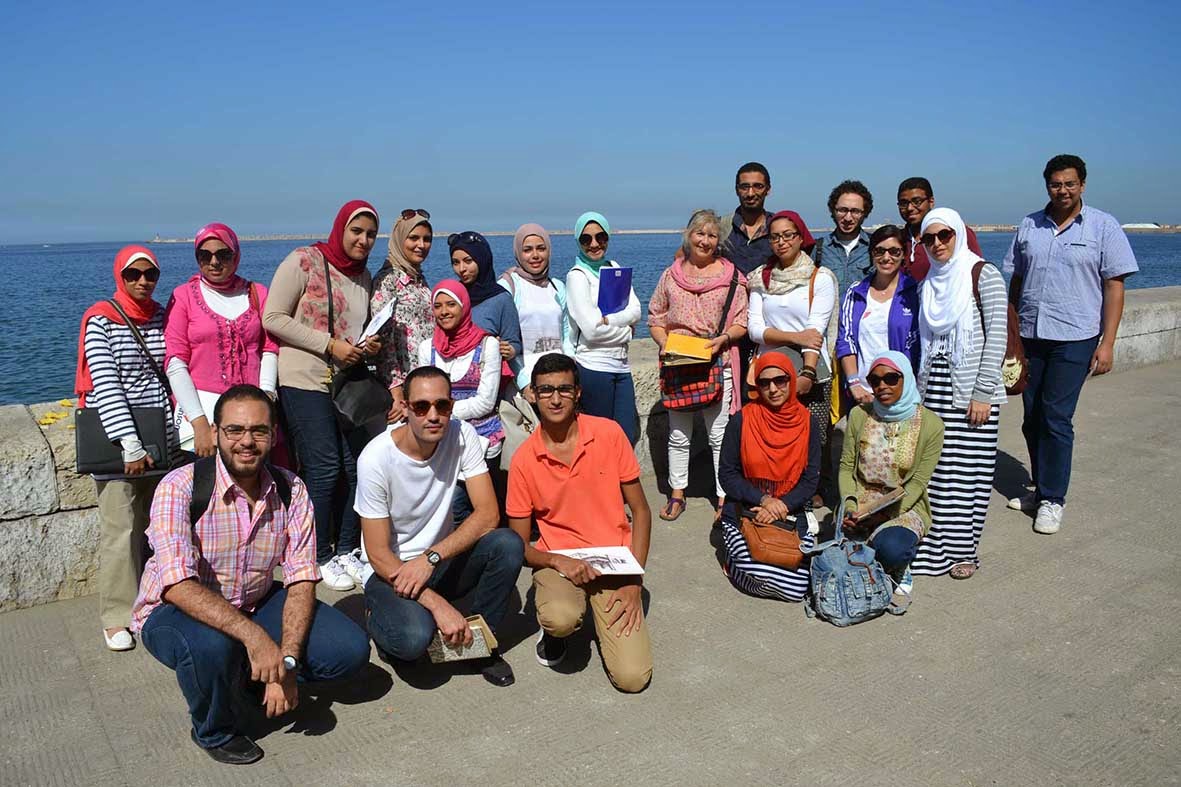 A boatyard on the beach

A bird mosaic and my Egyptian friend Mai

If you’d like to read more, I’m writing a daily reportage to keep my head there a little longer here.

Sylvie Bargain is based in Cahors and contributes to Urban Sketchers France. You can see more of her work on her fantastic blog at the above link.