by Maria Regina Tuazon in Singapore

It has been an amazing time here in Singapore with sketchers all over the world convening at the red dot this past week for the 6th International Urban Sketchers Symposium! Putting faces to names,  meeting new friends, learning from inspiring people and drawing each other and beside each other  who share the same sketch fever was a total sketch heaven! 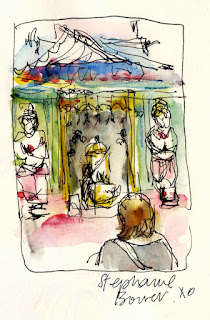 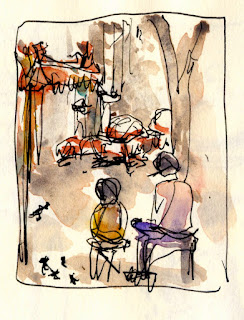 My last day started with Veronica Lawlor’s The Urban Sketchers Cookbook breaking down the visual language into line/calligraphy, colored lines, marks, texture and pattern. Exploring each of the these elements in thumbnails like ingredients and then putting them together as a recipe in one frame to cook up a flavorful gourmet sketch was another eye-opening moment for the participants! Yum! 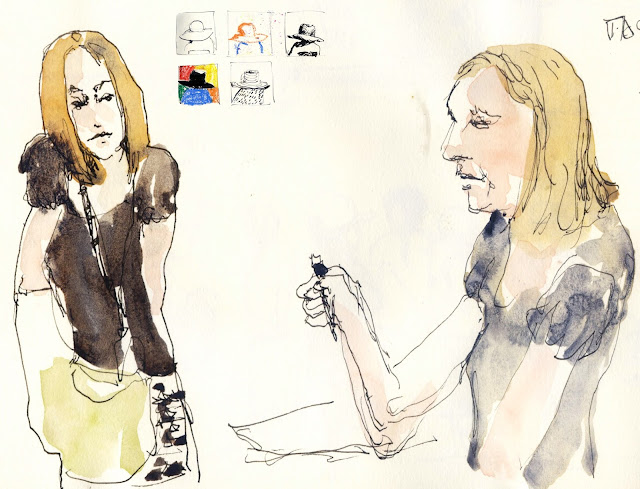 Here’s one of the sketchers with the recipe of line, marks, texture and shape. 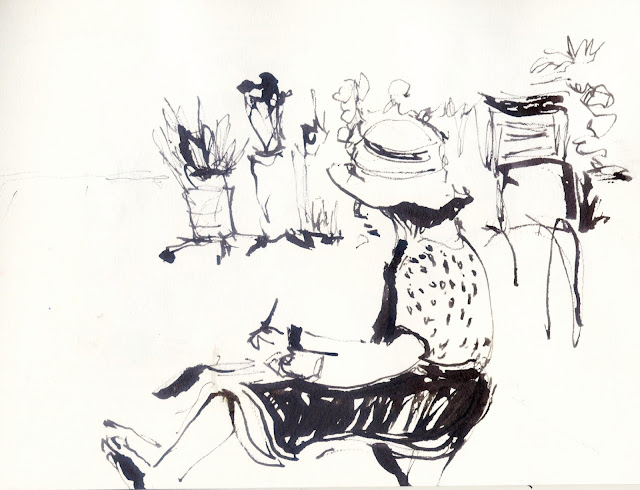 Veronica’s demo, show and tell and works by the workshoppers. Photo credit: Don Low. Thank you.

I caught up with Simo Capecchi’s group doing A Collective Reportage (Religions and Popular Devotion in Multicultural Singapore). They were following devotees, sketching and taking down notes about people’s acts of devotion at the temple. Later on they will be collating all the information from everyone, see the connections between the Chinese and Hindu temples which are located next to each other and report it as one big overview with perspectives from a multicultural bunch of sketchers! 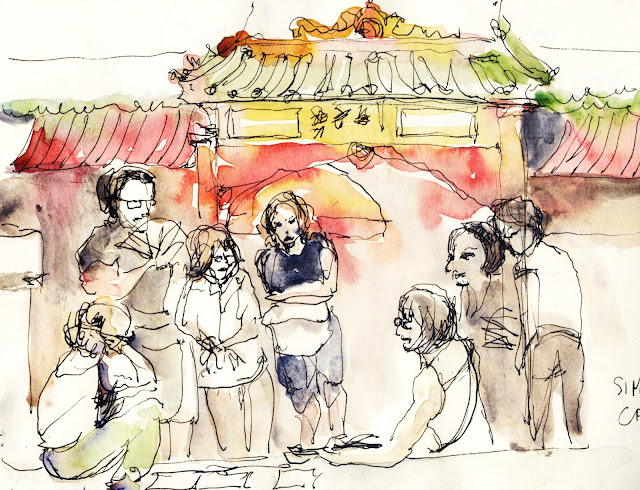 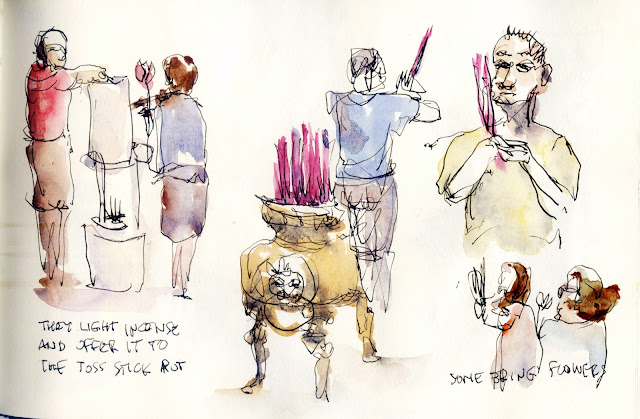 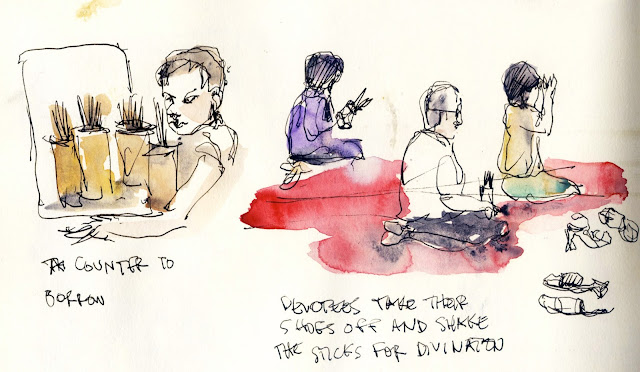 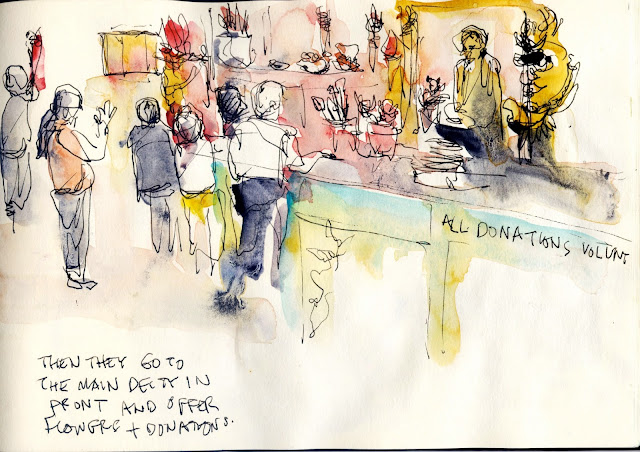 Headed down at the Bugis Junction for James Richards’ workshop on Capturing Singapore’s Lively Urban Spaces. The idea was to catch the energy of public spaces and see the architecture as a backdrop for the real pulse of the city which is the people. 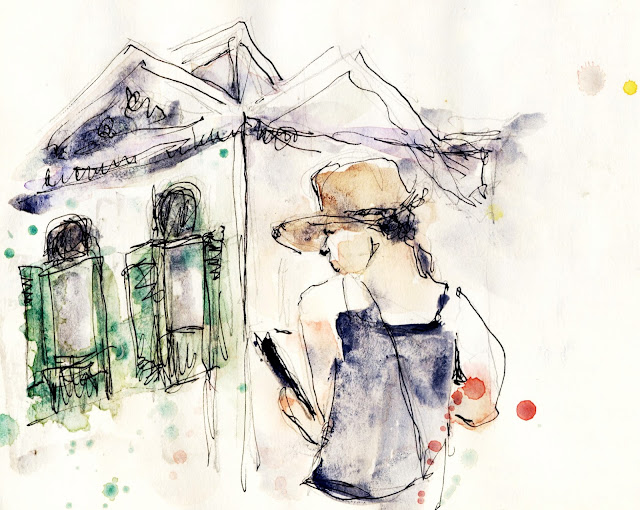 Some sketchers are comfortable with drawing people and they claim they can’t draw buildings and the other way around. This workshop broke it down and put both together to complement each other in exciting ways! 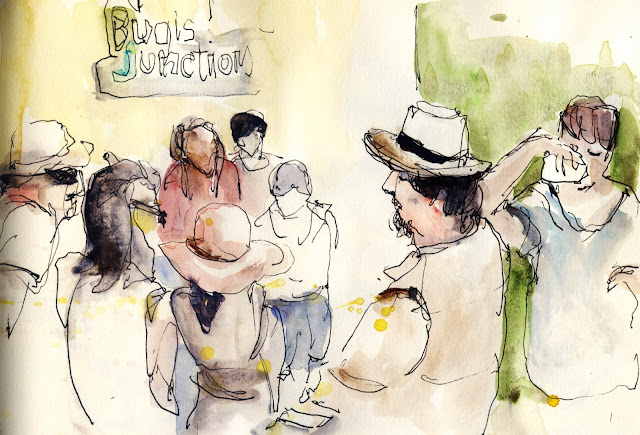 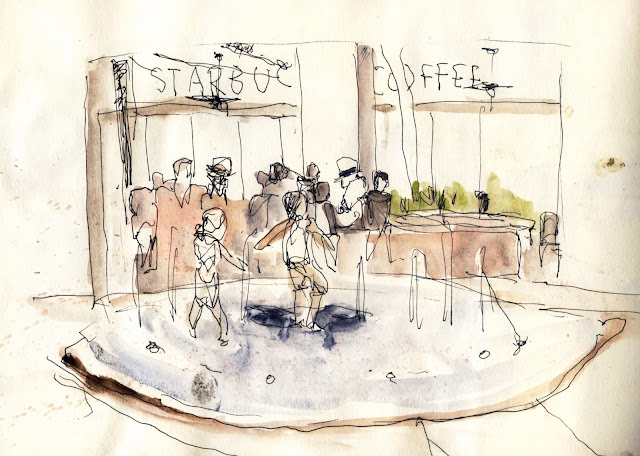 Back at the National Design Centre, Mr Guan Dao Ignatius Yeo did a demo on folded pens. Guan Dao is a type of Chinese weapon used in martial arts and how apt that he calls it that because the folded pens look like knives! They’re harmless but mean and expressive on paper 🙂 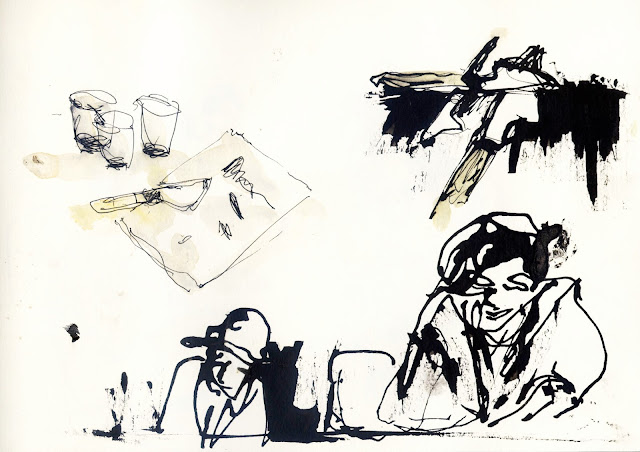 Zhu Hong also did a demo on Capturing Mood in Watercolor Sketches.  Now mostly seen drawing with a mobile phone, it was a great opportunity to catch him in action with traditional media! A lot of wet on wet washes left a puddle of water on the floor but an amazing explosion of color on paper! 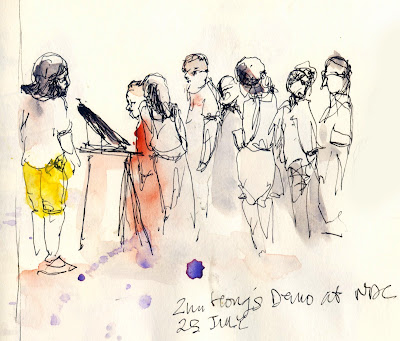 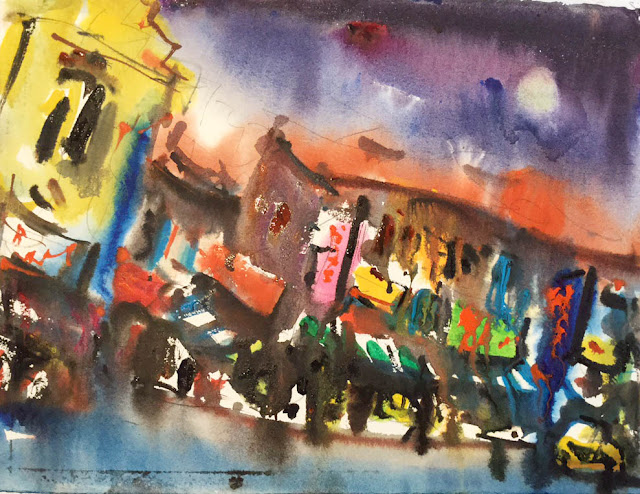 Sneaked into Luisa Hung WanLu’s lecture on Sketching as a Tool for Study.  In one of her case studies, a shophouse to be demolished didn’t have a lot of information about it. She tracked the people who used to live there and recreated them in sketches. The minute details revealed a more personal human condition and presented even some harsher details in almost cartoon-like manner to get the message across. With Luisa is Lisa Huang Lishan of USk Singapore with a hat on who assisted with translations.

While both these things are going on there was The Big Crit! Like musical chairs, after a limited time, participants who signed up for it move from one set of teachers to the next and I think that’s a pretty cool way to meet, get expert creative critique and talk sketch up-close and personal! 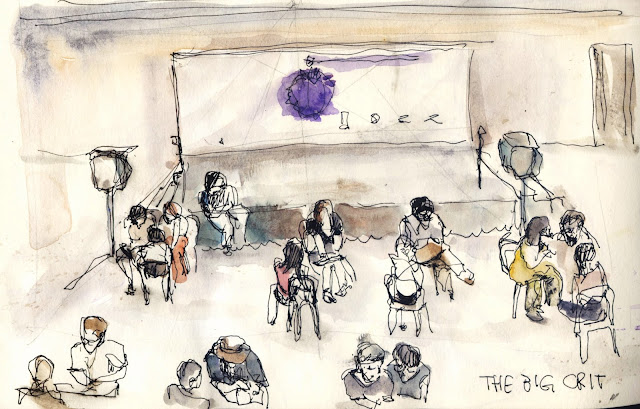 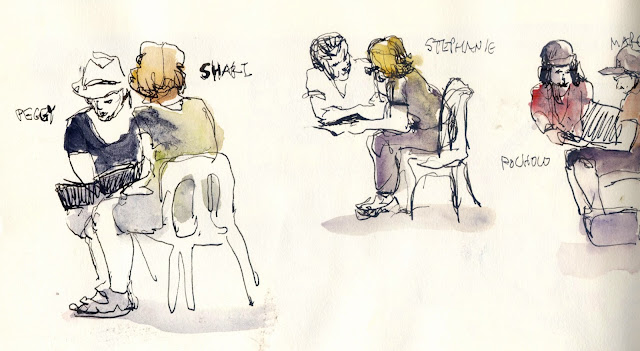 And the big sketchwalk! Yup,  all sketchers unite at the SMU Green which is a huge wide open piece of greenery at the midst of a bustling street scene! Sketching and being sketched!

Just as we were striking a pose for the big photo, the National Day Parade practices were going on, and as if on cue, the fighter jets took off like daytime fireworks in the sky! Photo credit: TungTung Singapore 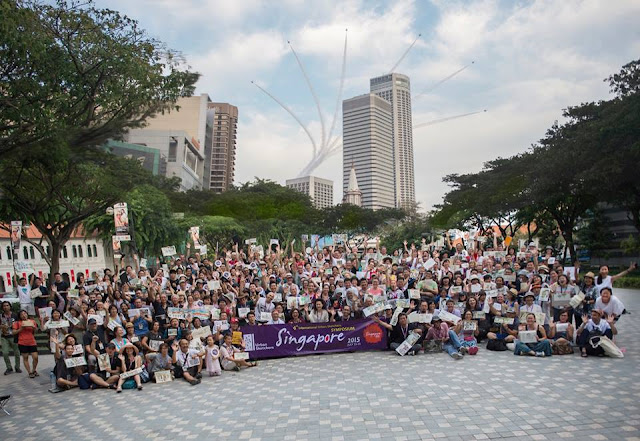 It’s definitely a big celebration of the Urban Sketchers love for sketching and it’s also Singapore’s jubilee this year! Thanks everyone for making this happen and coming all the way to party big in the name of Sketch at the little red dot!

Here’s also a big thank you for the successful auction and the winners of the lucky draw!

Here’s a pic of the correspondents Murray Dewhurst, Teo Yie Chi aka Parka, myself, Maria Regina Tuazon and Gabi Campanario! 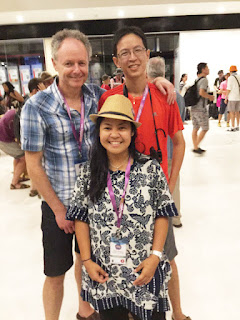 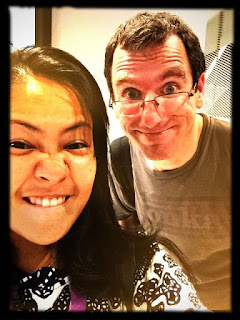 That’s it for now.  From sunny Singapore, big big thanks! It’s a wrap!

See you all online and at the streets! Happy sketching 🙂